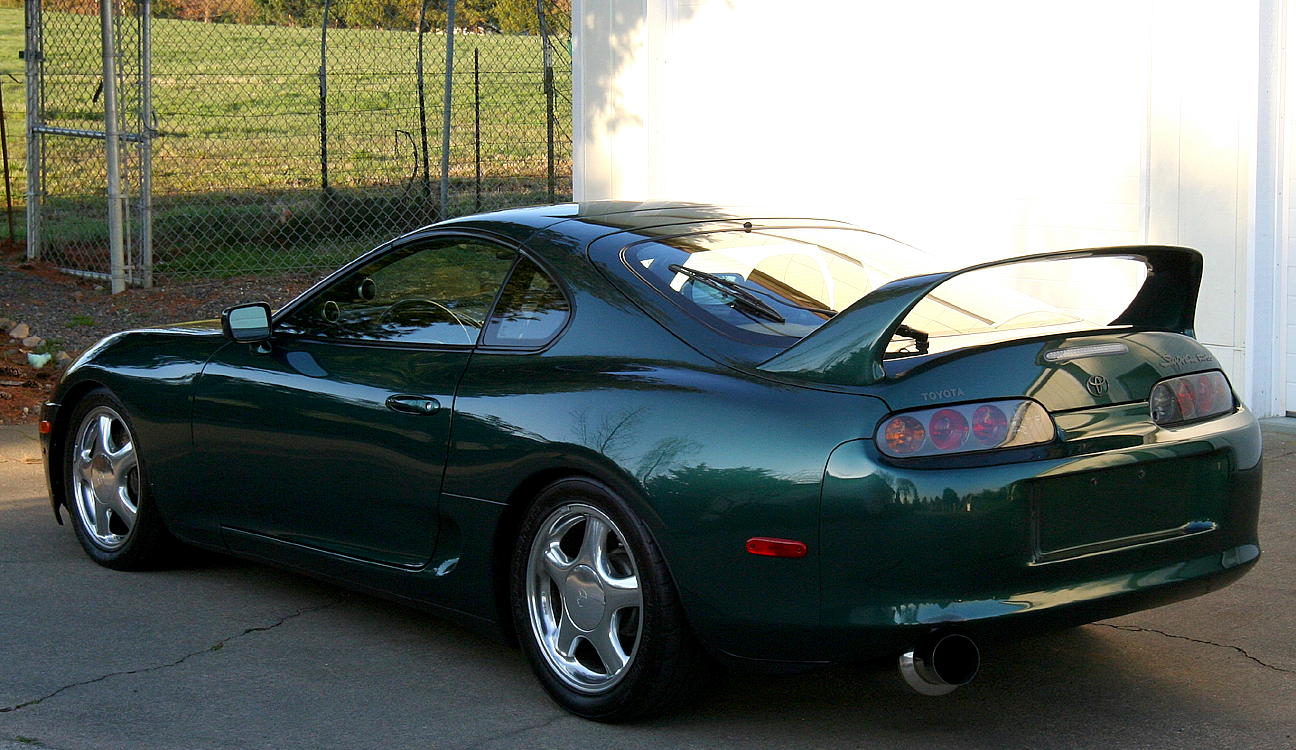 Toyota was confronted with requirements and legislations in the oversea markets which made an adaption to these particular markets necessary.
Besides equipment configurations adapted to the oversea customers’ taste, which often are higher then their Japenese Domestic counterparts, the 2JZ-GTE turbo-engine had to be adapted.

Unlike in Japan, where traffic is dominated by traffic jams in urban areas, North-American and European traffic is characterized by high average speeds on highways. To cope with this speciality Export-Spec 2JZ-GTEs come with steel turbine-blades instead of ceramic versions. To compensate worsened responsiveness of the engines these engines come with a more aggressive camshaft profile.

Exhaust emission legislations were much tougher in Europe and North-America than they were in Japan in the early 90s. Therefore Export-Spec vehicles come with external Exhaust Gas Recirculation (EGR) to lower Nitrous Oxide emissions. Furthermore these cars come with hot-wire mass air-flow sensors (MAF-Type) instead of manifold absolute pressure sensors (MAP).

Contrary to their JDM counterparts, which are without exception limited to 180kph (112mph), Export-Spec turbo-cars are limited to 250kph (155mph). N/A-Cars aren’t limited at all.

Export-Spec turbo-cars are always equipped with the huge brake system together with 17″-Type wheel, already beginning from their market launch in 1993.  All Export Cars come with cruise control and a “Toyota”-Badge on the trunk.

EU-Spec
J-Spec
To Top
Do NOT follow this link or you will be banned from the site!