In Europe Japanese car manufacturers have a hard time competing against domestic makers in the segment of high-priced cars. Domestic competitors are well-established, customers spoiled by extensive standard equipment and influencable by famous names.
With its Supra Toyota tried to compete against Porsches front-engined 968 and the 911-Series. Ferrari’s 348tb, BMW’s 8-Series and other Japanese supercars fought for market shares, too.

Facing this tough rivalry Toyota kept its sales forecasts low. Only one version has been available in Europe to keep import and storage costs low.
But this version was very special.

Only the top-specified version with the 2JZ-GTE engine was available. Customers didn’t have to make many decisions as these cars came fully equipped. Leather seats, targa roof, the aerodynamical package including the large rear wing and active front spoiler were standard in almost every country.
Safety features were complete including driver and passenger airbags, large braking system with 17″-type wheels, ABS, traction control and the limited slip differential. The choice between manual and automatic transmission was free of charge.

But even on top of that the EU-Spec had many more equipment details which were exclusively available in Europe:
Differential Oil is actively cooled by a cooling system, a hood scoop made of glass-fibre reinforced plastic directs air on to the exhaust manifold. EU-Spec headlights are made of stone chip-resistant glass instead of plastic.

Following European road legislation EU-Spec vehicles are equipped with rear fog lights. These lights have to be at least 10cm away from the rear lights according EU-Law. Therefore EU-Spec rear lights have a different order: The two red lights are not in the centre, but one changes its place with the reversing light.

In the short period the Supra was available in Europe (1993-1996) equipment grades weren’t changed.
In Scandinavia and Eastern Europe Supras weren’t officially available.
Toyota’s electrical part catalog does mention a “Scandinavian” specification, but it does mean the UK one with headlight washers.

Country-specific differences are mainly reduced to the leather upholstery colours available and the availability of electrical low beam light adjustment and seat heating.

The different version are:

Germany received fully-equipped Supras: black leather seats and the targa roof were always standard. On top of that they were equipped with low beam light adjustment and seat heaters.

For its market launch Toyota offered the Supra with a price tag of 106.000DM, when sales ceased in 1996 customers had to pay 109.400DM. The German version may be identified by its large front license plate holder.

Swiss authorities denied type approval on the large rear spoiler. Thus Swiss-Spec Supras do not come equipped with the aerodynamical package.
But Swiss customers hat the choice between the Coupé (Liftback) and the Targa (Aerotop) version and between black and ivory leather seats.

These cars come with a seat heater as standard equipment, low beam adjustment was not available.
The large rear wing could be mounted from 2001 on when Switzerland adapted European union road law, 5 years after Supra sales ceased.

The South European Spec doesn’t have seat heaters nor low beam adjustment. Targa Roof was optional equipment.
This specification was available in:

In all other European countries sales forecasts were so low no official sales literature had been produced. The Supras was only mentioned in official price lists, e.g.: Spain: 9.744.800 Pesetas.
Seats: leather, black or ivory
Seat Heating: No
Targa Roof: Optional
Low Beam Adjustment: No

In the Netherlands Supras came neither low beam adjustment nor seat heater equipped. The base price was extremely high because of high luxury taxes therefore Supras had a special extra charge policy: The Netherlands were the only European country where Supras didn’t come with leather seats as standard equipment.

Toyota sold noticeably less than the forecasted 200 vehicles yearly in the Netherlands.

Like in the Netherlands Supras in the two other Benelux countries weren’t equipped with seat heaters neither low beam adjustment.
But they came with leather seats (black or ivory) as standard equipment. The Belgian Toyota importer was also in charge of distribution in Luxembourg.
Belgian base price was 2.200.000 Francs, buyers had to pay an extra of 40.000 Francs for Automatic transmission.

French Supras didn’t come with seat heaters either, seats are standard leather-upholstered. The Targa roof was part of the standard equipment.
The base price was 420.000 Francs. The Automatic transmission was not available until January 1994.

The Middle European Spec was available in the following Countries:

These cars base on the South European Spec without low beam adjustment, but they do come with seat heaters.
They came with Black Leather Seats standard. 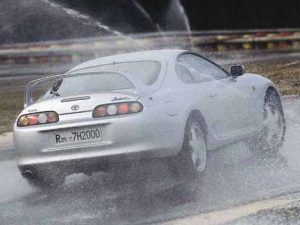 A speciality are vehicles destined for the United Kingdom. Besides being Right Hand Driven they are special because of the unavailability of the Targa roof and their headlight washers. Therefore these vehicles are often referred to as “UK-Spec” to distinguish them from LHD cars.
Seats are leather-wrapped either in black or ivory colour. They come with low beam adjustment.

UK-Spec vehicles were also destined for some Australasian countries with RHD traffic. For Australasia they didn’t come with Seat Heaters. New Zealandian customers could officially order Supras for a base price of 165.000 NZ Dollars. Toyota Australia considered selling the Supra but backed down because of the country’s poor economic situation. 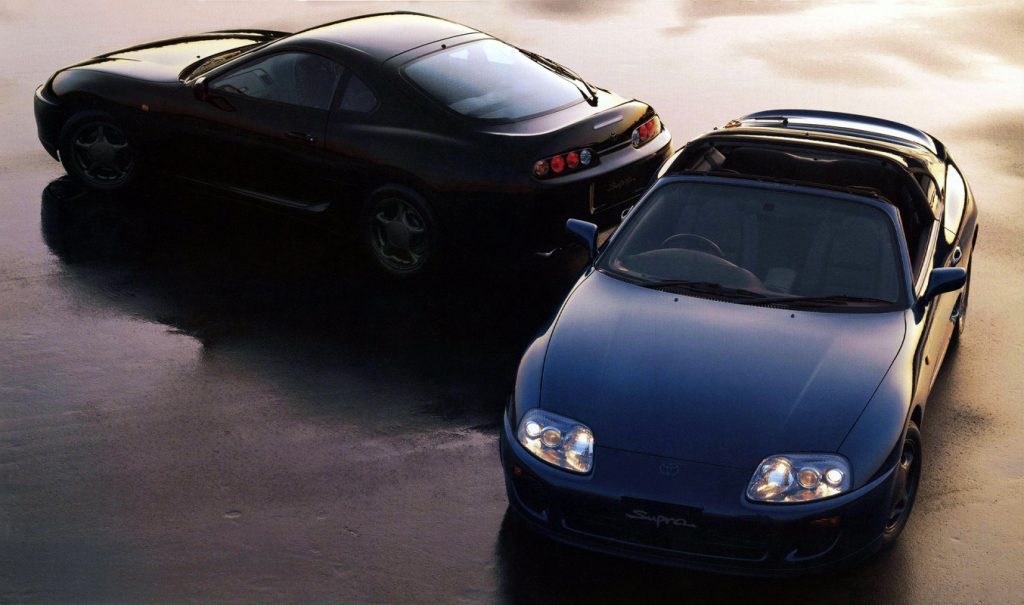 General .The lineup consisted from 2 different body-, 2 engine-, 2 brake and 3-gearbox types. There was the Liftback Model with a rigid roof (sold…