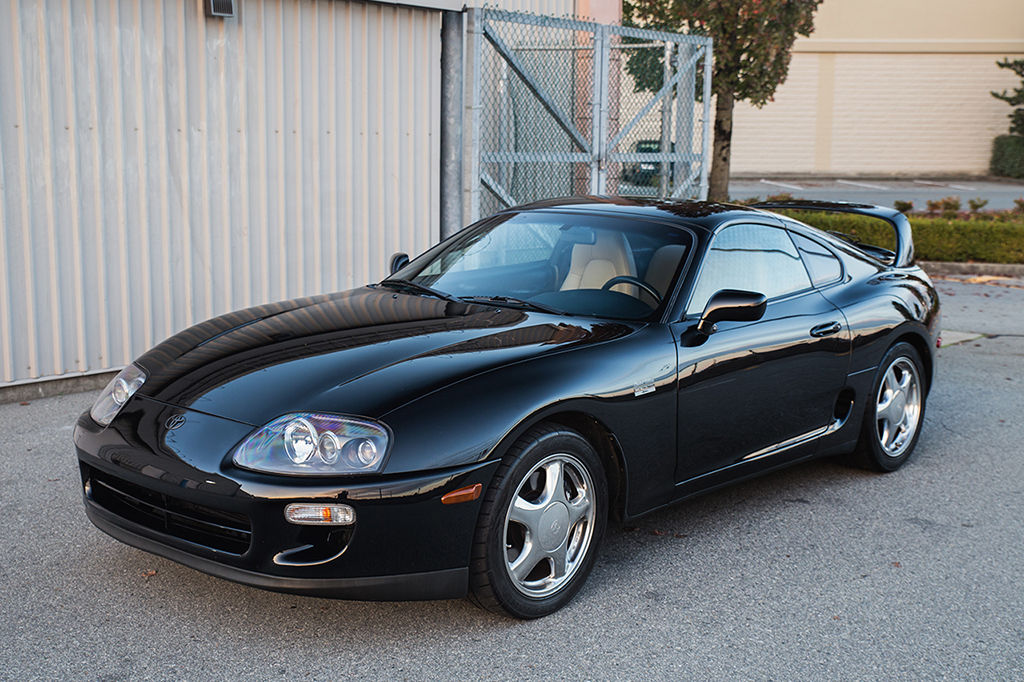 Although Toyota made themselves a name as a maker of luxury and premium (Lexus) cars in North-America already in the early 90s, they had to face a much more competitive market then in Japan. Not only the other Japanese manufacturers offered all their sports-cars on the North-American market, European competitors were also much of a competition: Porsche, Ferrari, Jaguar, BMW, etc.
American domestic manufacturers such as Dodge (Viper) and Chevrolet (Corvette) did also fight for market shares.

Many of these vehicles came as weaker standard-versions and top-of-the-line versions. So did the Supra, which was available with both the naturally aspirated and turbocharged versions of the 2JZ-Engine.

Following technical regulations US-Spec cars come with rear and front side-markers instead of side-indicators. The active front-spoiler was not available at all. While J-Spec cars did only come with black leather upholstery US-Buyers could decide between black and ivory leather upholstery. Driver- and Passenger-Airbags were part of the standard-equipment.

Power output of US-Spec cars is specified according to SAE-Standards with 320hp at 5600rpm (2JZ-GTE) and 220hp at 5800rpm (2JZ-GE). 2JZ-GE engines specified for states with California emission regulations come equipped with an Air Assist System for faster heating of the primary catalytic converter.

During the market-launch US-Buyers had the choice between two versions: Supra and Supra Turbo.

The Supra was equipped with the 2JZ-GE N/A engine with either the 5-Speed manual transmission or the 4-Speed automatic transmission. Non-Turbo cars could be ordered with Limited Slip Differentials. They were only available with the small brake-system. 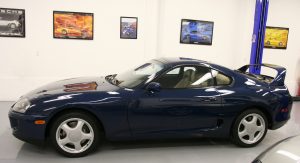 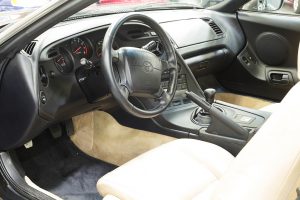 Supra Turbo cars are 2JZ-GTE equipped as the name indicates. Transmission choices were either the 6-Speed manual transmission or the 4-Speed Automatic transmission. Both transmission versions come with Limited Slip Differentials and the large brake-system.

MY1993 Supras wear a “Premier Edition” badge on the ashtray. 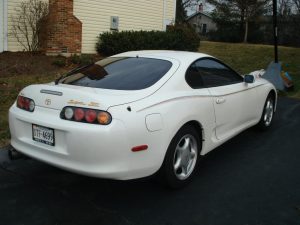 Equipment levels weren’t changed. Non-Turbo cars could be ordered with the large rear spoiler from 1995 on.

As an additional limited edition version the “Supra SE” was added to the model range. The Supra SE was a Non-Turbo version bearing additional decoration: Gold-Colored “Toyota” and “Supra SE” badges, which are also found on the floor mats, and decals on the side of the car.
This 1000 unit limited production model couldn’t be ordered with the targa-roof. Seats were cloth-upholstery only and only manually adjustable. Rear-seats are cloth-covered instead of standard PVC.
Buyers could decide between manual and automatic transmission. Only available colour options were: Renaissence Red (3L2), Black (202) and the exclusive Diamond White Pearl (051) which was solely available on Supra SE cars.

Jewel Green (6P3) was added to the model range of the other Supra versions.

Modelyear 1996 was a problematic one for Toyota: They were working on the introduction of the facelifted version. But some US-States decided to introduce stricter emission legislation and made an OBDII-Interface obligatory.
Toyota reacted and equipped both the 2JZ-GE and the GTE with this interface.

One aspect of the facelift version was already introduced in 1996: The Traction Control got equipped with the “Snow”-Mode and lost its possibility to actuate the the ABS-System because of the removal of the Trac Pump. Standard ABS was replaced by a 3-channel version without the acceleration sensor. Turbo cars were equipped with the new “Sport ABS” System with a new linear G-Sensor.

Manual 6-Speed cars were temporarily removed from the model range for MY96, Turbo cars were automatic and Targa roof only. Non-Turbo cars lost their heated side mirrors.

The facelifted Supra was introduced in Northern America with model year 1997. Those vehicles carry a “25th Anniversary” badge on their front fenders and ashtrays to celebrate the introduction of the MKII Celica Supra in 1982. 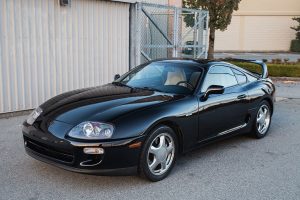 Cosmetic changes were the same as in the Japanese version, but US-Spec cars kept their 3-Gauge cluster design and digital odometer. 17″ type wheels kept the pre-facelift center cap design but were high-gloss polished. 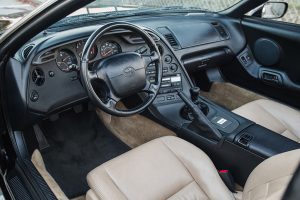 The Getrag 6-Speed transmission had been reintroduced in 1997, but Turbo cars were only available in states without the strict Californian emission laws. Targa-roof and leather seats were standard equipment on Turbo models from 97 on.

Automatic turbo cars didn’t get the LSD as standard equipment anymore, it became optional. The “Supra”-badge in the rear was added a “turbo”-badge. Heatable mirrors were not available anymore on all models. 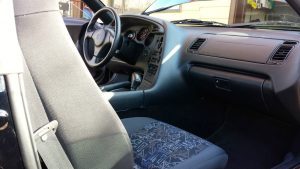 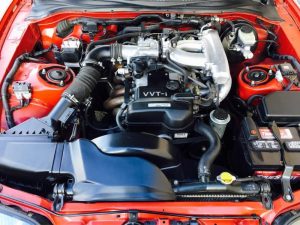 MY1998 was the last year the Supra was available in the US. Like in the Japanese version these cars were equipped with a new fabric pattern for the cloth seats and the new 3-spoke steering wheel.

Unlike J-Spec cars US-Spec cars were not equipped with VVT-i on the 2JZ-GTE but on the 2JZ-GE which were Automatic only in 1998. VVT-i in combination with fly-by-wire control of the throttle raised its power output by 5hp to 225hp at 6000rpm from 220hp at 6800rpm according to SAE standards.

All versions got the huge rear wing as standard equipment. Sales were ceased for MY1999 which marks the end of the Export-Spec vehicle prodution of the Supra. 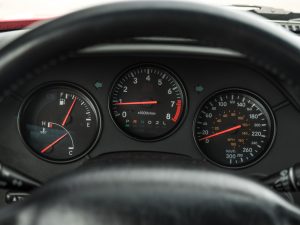 On the territory of the US’ northern neighbour fewer versions were available then in the US:
The Turbo version was the only model available. It came with the Targa roof as standard equipment. Leather seats were optional together with seat heaters which weren’t available on US cars at all. The large rear spoiler was optional as well as the Automatic transmission.
Additionally Canadian Supras which are often referred to as “C-Spec” have lowbeam daytime running lights.
Furthermore they have a kph speedometer and climate control operating elements scaled in Degree Celsius instead of Fahrenheit.

For a short period facelift cars were available in Canada. They were standard equipped with leather seats, seat heaters and the large rear wing. Sales ceased in 1997, one year earlier than in the US.

EU-Spec
To Top
Do NOT follow this link or you will be banned from the site!