An arms race has started. With Supras being finally classical cars enthusiasts all around the world try to outperform everyone else with the rarity of the options their Supra either comes with or have been installed to.
Now which factory option is the rarest of them all? Hard to guess indeed, as equipment lists are not officially accessible from Toyota, but from my experience I would try and make a guess:

Did you know the MKIV Supra has been available with factory-installed Fender Mirrors?

The author of this article has strolled the internet for decades to find and collect Supra pictures. However, Supras with Fender Mirrors are so extremely rare, one would think this is possible the rarest factory option new car buyers ever chose. In fact, less than five Supras are known to actually wear these traditional Japanese trademarks. 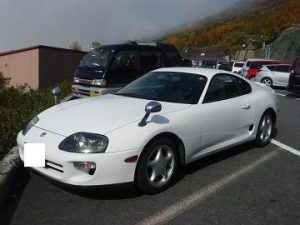 “So what about all the other options, like different Navigation options, side skirts etc.”, one would argue.
The interesting thing about these Fender Mirrors is, they are actually factory-installed, not dealer accessory!

Options – actually “Factory Options” is equipment, that has been mounted on to the vehicle at the manufacturing plant (on Supras: Active Aero, 17″ wheels, leather seats, etc.). They do show up in the EPC and carry OEM part numbers

Accessory – actually “Dealer Accessories” are being attached to the car at the dealer or sometimes at the port for export vehicles. They usually do have an “Accessory Part number” rather than an OEM part number and they do not show up in the Toyota EPC.

In the case of Fender Mirrors, there are part numbers for these parts and the actual fenders. They are even described in the Toyota New Car Information literature for the Supra. 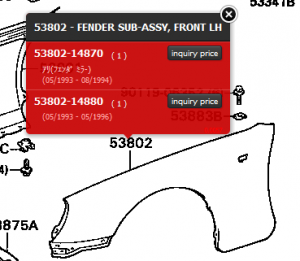 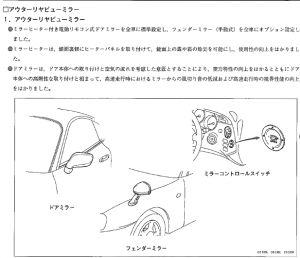 The electrical folding mirrors (available from 1994 on) are deleted with this option and a blank hides the space where the button would sit. 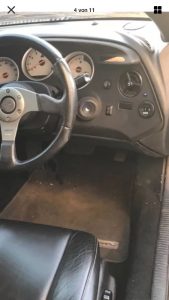 So why would anyone buying a new Supra be crazy enough to chose this option? Well, it’s all about different tastes and what a customer is used to. Up to 1983 Fender Mirros were mandatory on Japanese cars by law. Only by 1983 laws were changed and normal door-mounted mirrors could be ordered for the Japanese market. 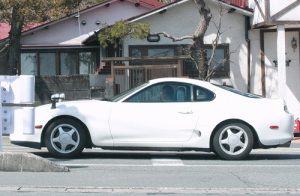 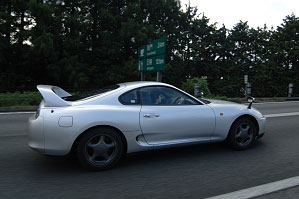 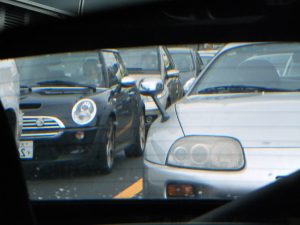 Toyota was wrong, only a few customers really wanted these.

Toyota wasn’t even the only Japanese manufactures to offer these based on the assumption the older generation would still buy these. 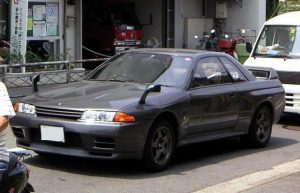 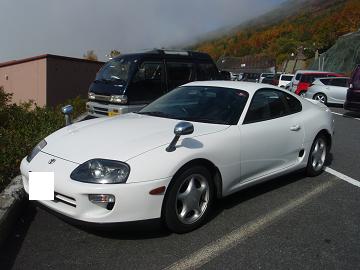 An arms race has started. With Supras being finally classical cars enthusiasts all around the world try to outperform everyone else with the rarity of…

Tokyo, January 2020. Finally, what Supra-Fans have been desperately awaiting has been finally announced by Toyota Motor Company during the 2020 Tokyo Auto Salon: A…

Part sales have started for Toyota’s GR Heritage Parts program. Supra enthusiasts from all over the world were eagerly anticipating this moment. But even more…