Starting into a Short Holiday, called a “Supra-Meeting”


Ever since the foundation of the German Supra-Community there has been an annual event where all the Owners, Friends and Interested People would meet. Looking back at these meetings I can only say these meetings have been legendary, without any excemptions, with overwhelming moments and a community, that is an archetype for others. Since attending my first meeting in 2009, back then as a co-pilot though, I can only emphasize how special this community is. There is no other community, which is more open and friendly to new friends and has such a strong sense of community like this one. A gathering, only lasting one single weekend or at a maximum from Thursday to Sunday, always leaves a holidayish impression to me, with awesome people, landscapes and last but not least: Cars. And this time everything was different, in a positive way. This time our meeting exceeded everything in so many different ways. Foundations have been laid, which mark real milestones for the Community, overshadowing everything that happened in the past. 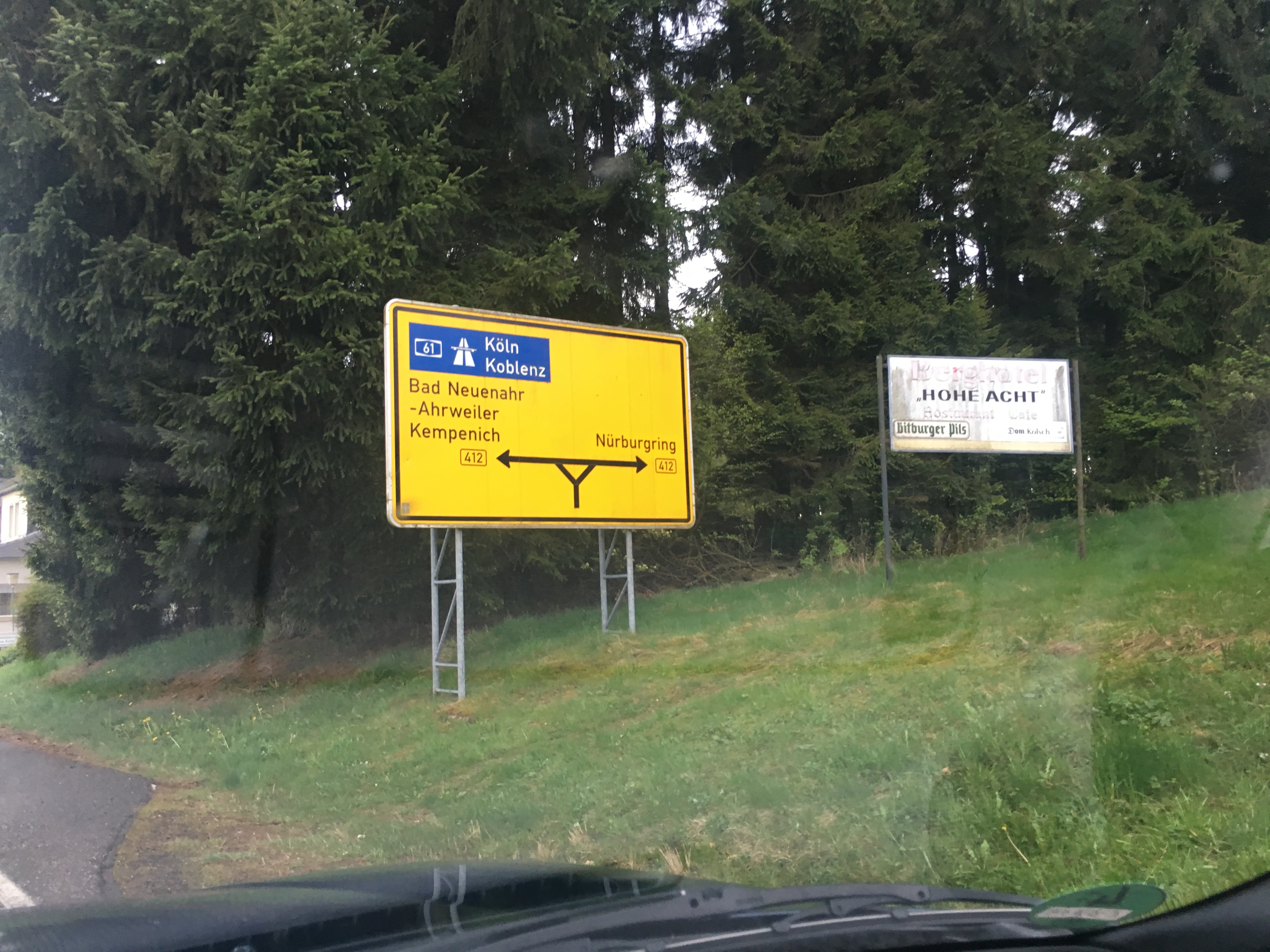 For this year our great Organization Board has located the meeting into the Eifel Mountains Region, a second time after 2012. Only a stonethrough away from the legendary Nürburgring Racetrack. I can remember the overwhelming impression of this pictoresque region when I attended last time. Without any exaggerations, this is “Mekka” for every single Motorsport Enthusiast and Car Freak. And we supported this feeling to our best. The fact this meeting started already on Thursday is really welcome to me. As a result we had already on Thursday the chance to move into our Acommodation, this time a rented street full of Supras in a Holiday Park! 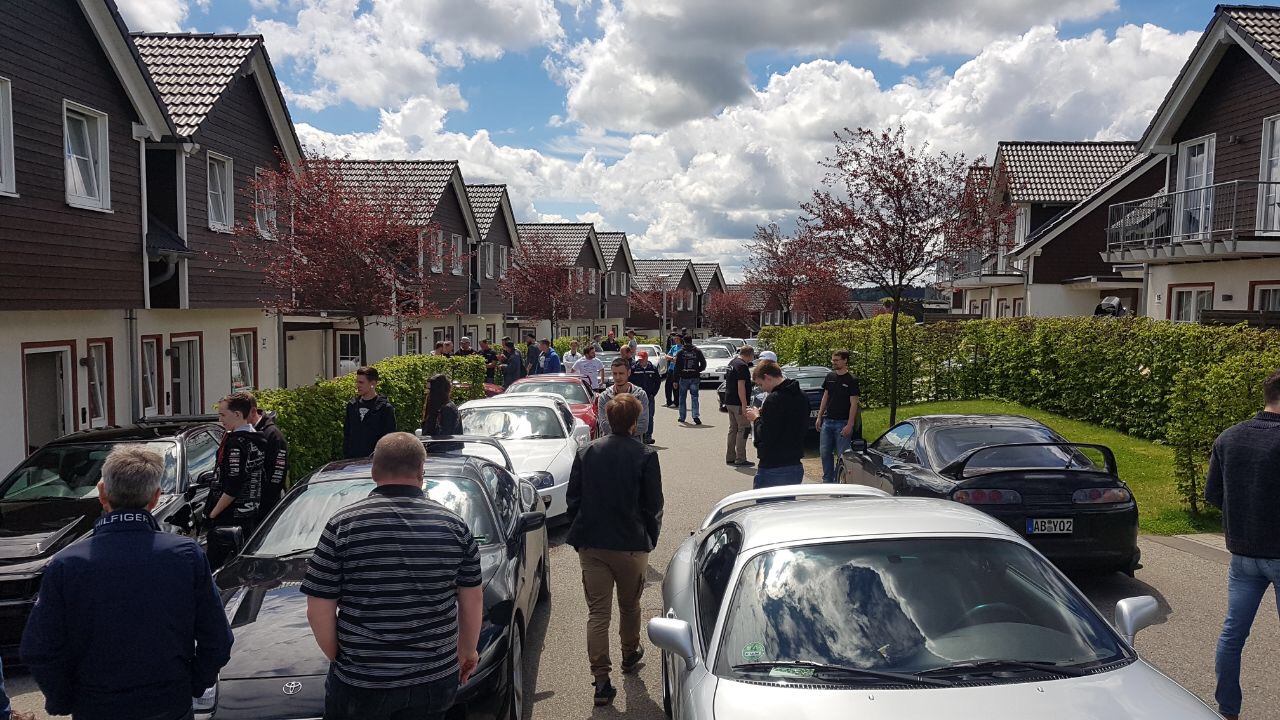 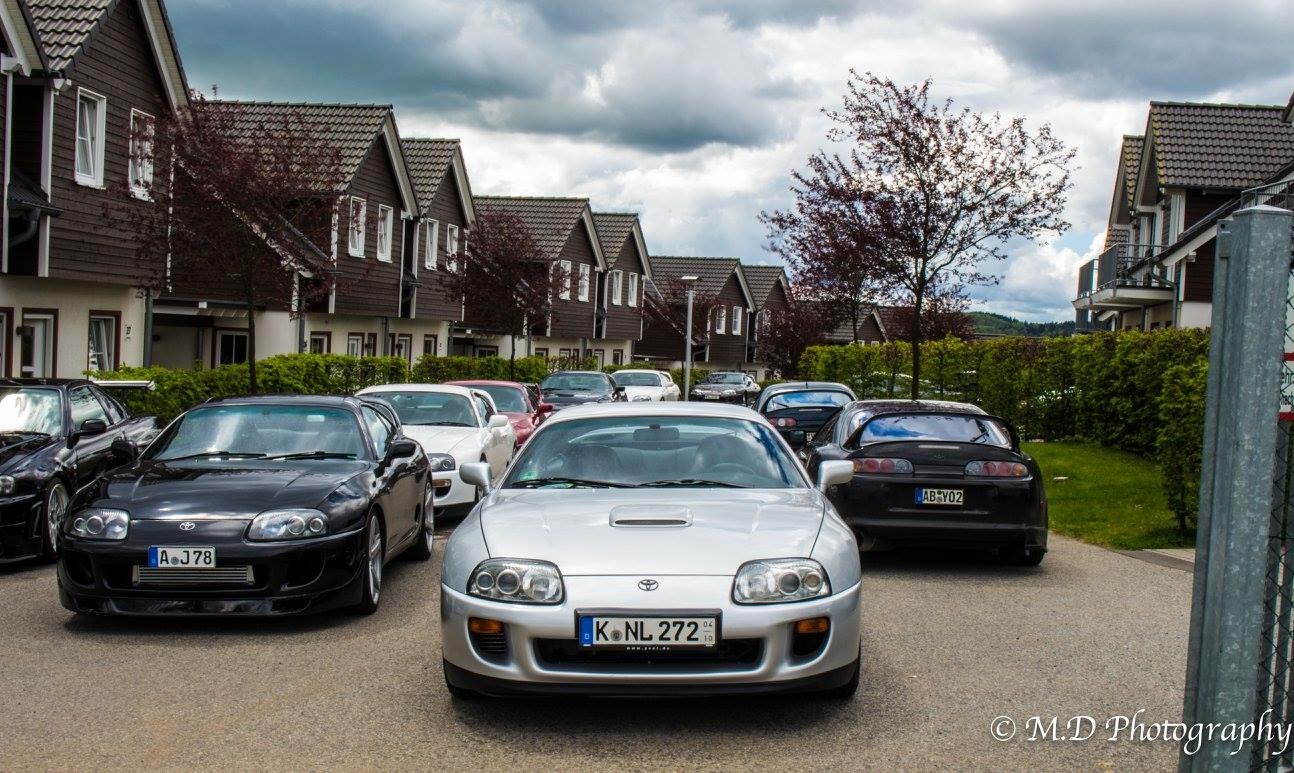 This one extra day is very important, as you see most of the people only once a year and try to put names to the new faces. The very special thing about this meeting was, that we as a Forum were able to unite multiple European countries and strengthen the ties between the European Supra Community.

Over the “Ring” with the Dragonball Run and the UK-Guys


Lucky coincidence: The UK-Guys organized their annual Dragonball Run Event on the very same weekend, and their destination this time was: Germany and Düsseldorf. It was logical that the jza80.de and mkivsupra.net communities met at the “Brünnchen” parking area directly at the Nordschleife. With a total count of 65 Supras this Meeting has been the largest Supra Meeting in continental Europe so far. But it wasn’t limited to British and German participants, guests from France, Luxembourg and the Netherlands attended, as well as one Enthusiast from Hungary! 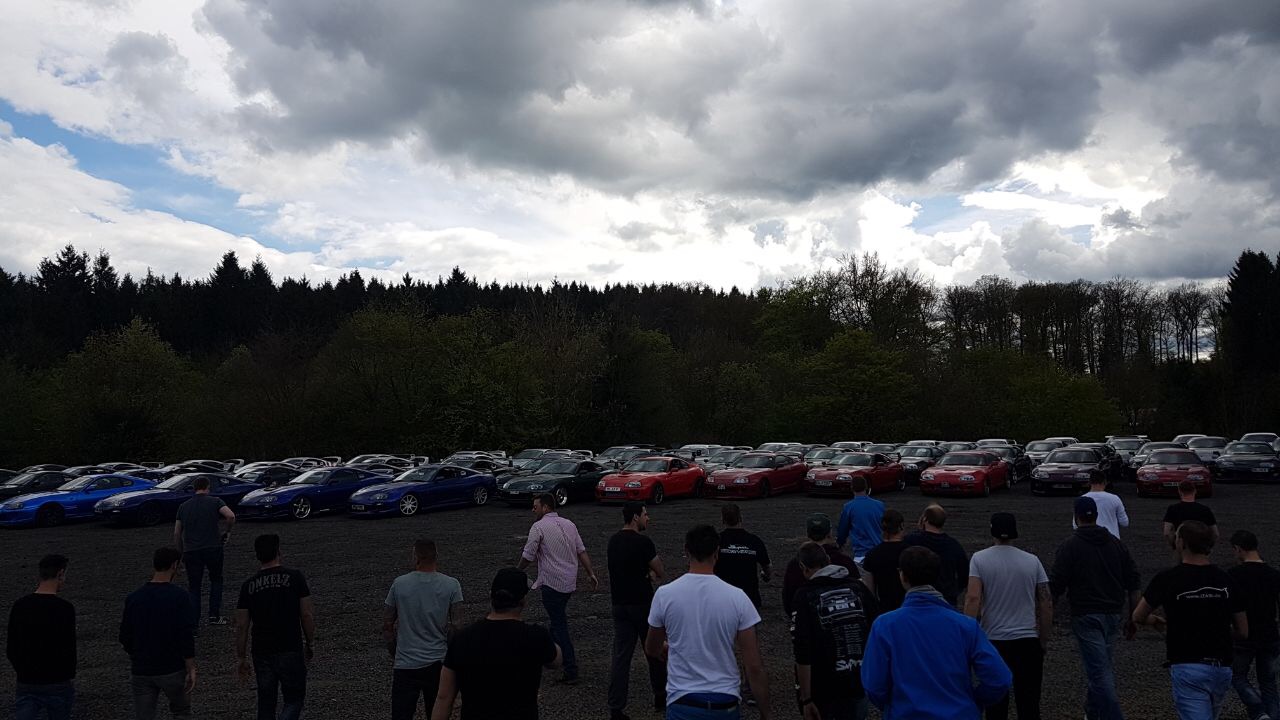 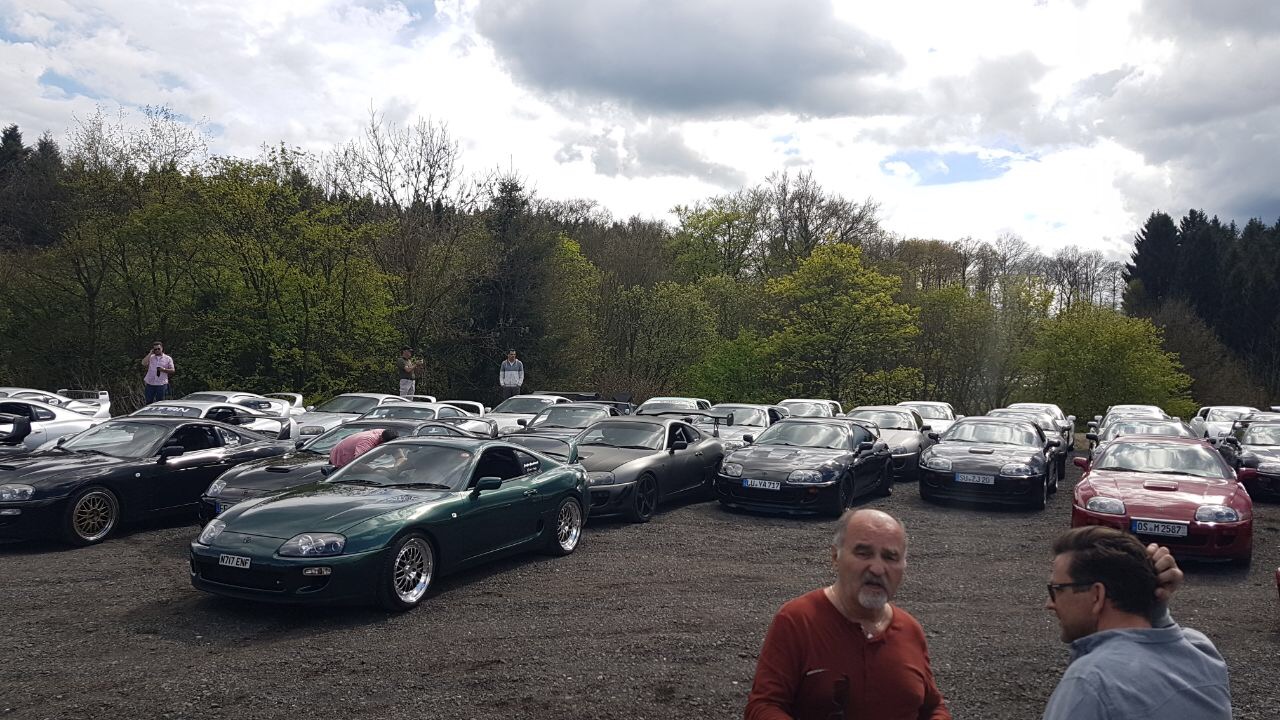 Afterwards we had our almost legendary BBQ, consuming Germany’s finest pork and beef, as always preparred by our long time member Wolfi. An article about his car and his story can be found here.
That’s how this astonishing evening ended, in the quiet atmosphere of the Lindner Holiday Park Drees. 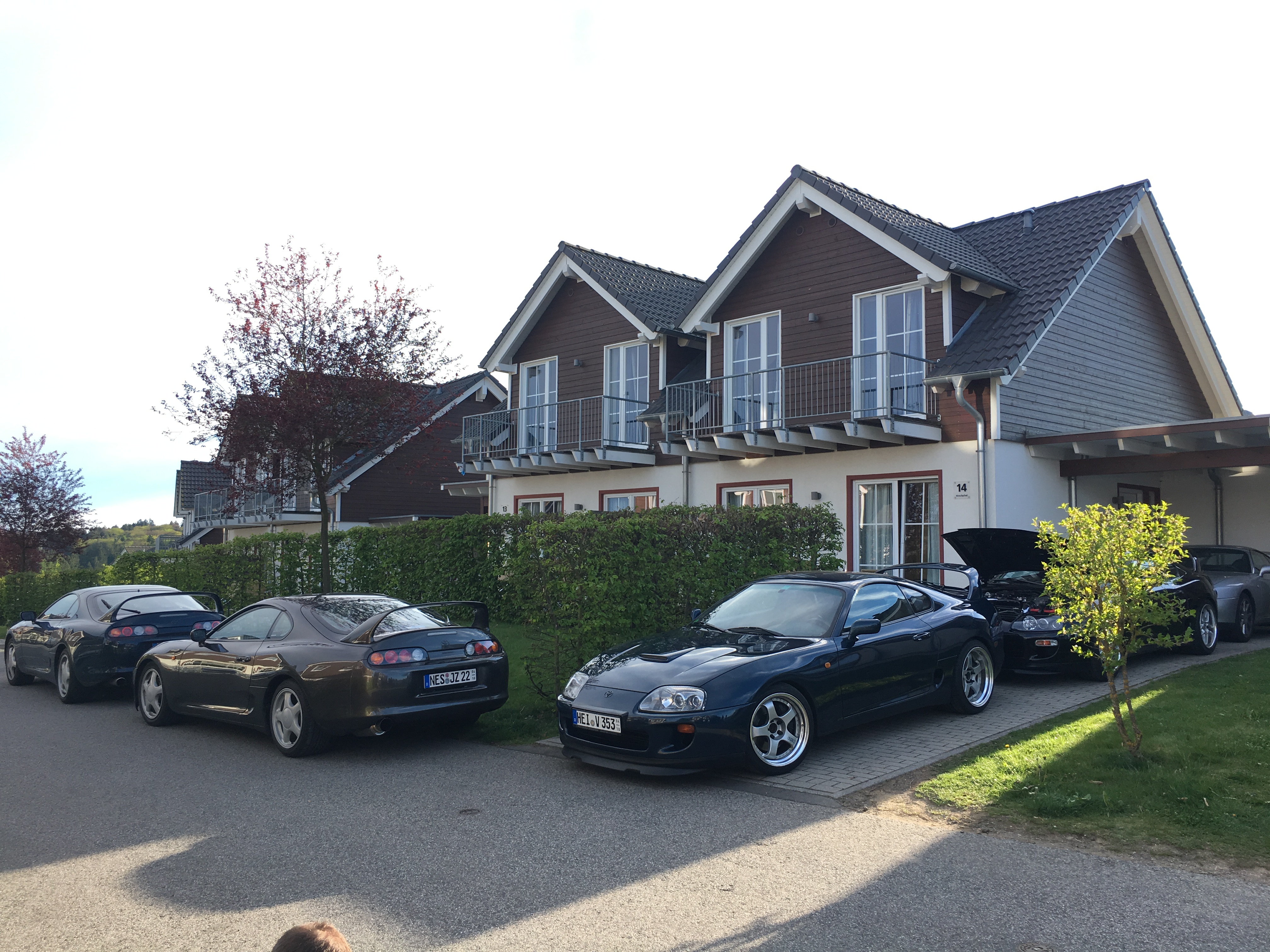 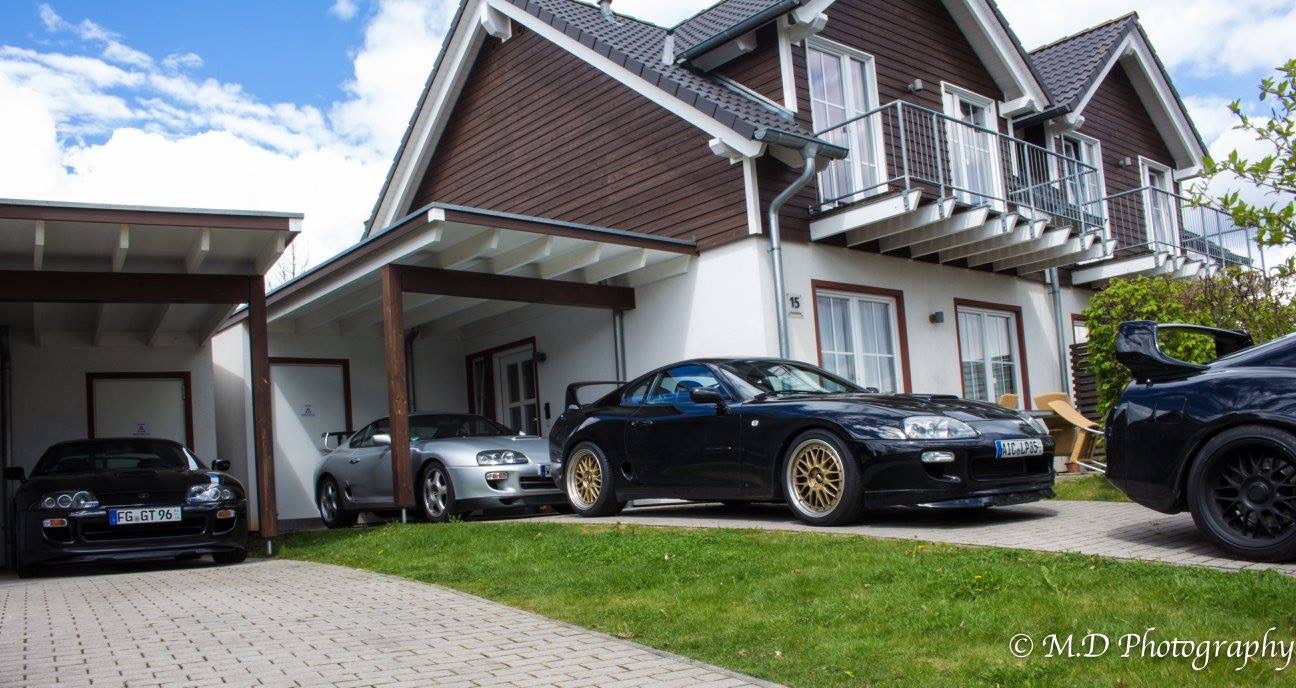 
On Saturday morning a very important milestone has been achieved in order to strengthen the German Community and preapre it for the future: The Foundation of a German registered Supra MKIV Club. Never before it has been more important to split the responsibility within the Community in order to prevent liability of single persons, as well as establishing democratic votes within the community for important decisions. After a long period of planning and preparation, all important Positions have been awarded, which are obligatory to found a club per German law. The Club statute has been discussed in all details. And eventually, we can proudly announce: The last final steps are currently undergoing in order to register the Club. All important details will be announced on the forums in a couple of weeks once everything is done. This important milestone will have more benefits and everyone attending was proud to be a part of it. 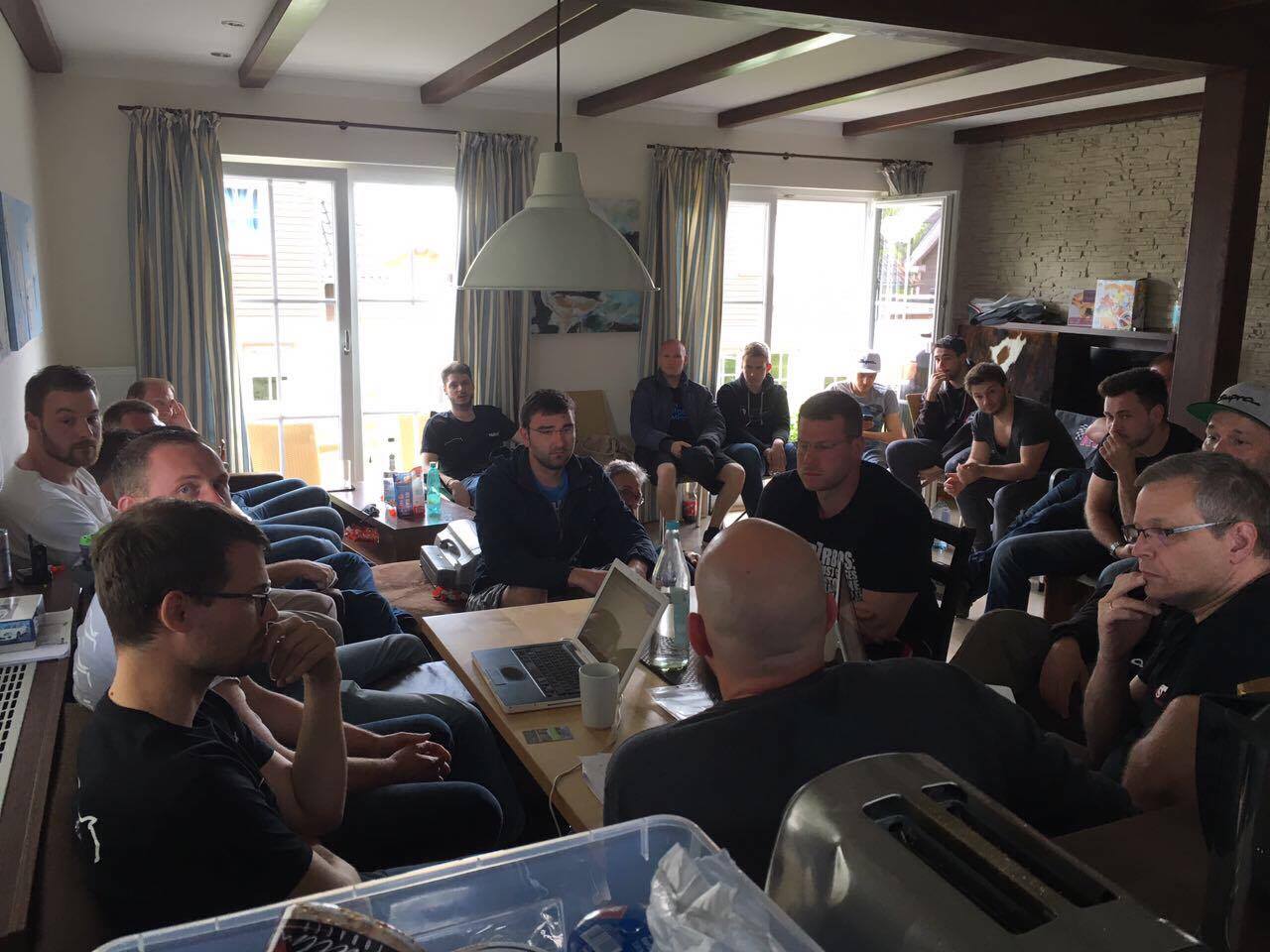 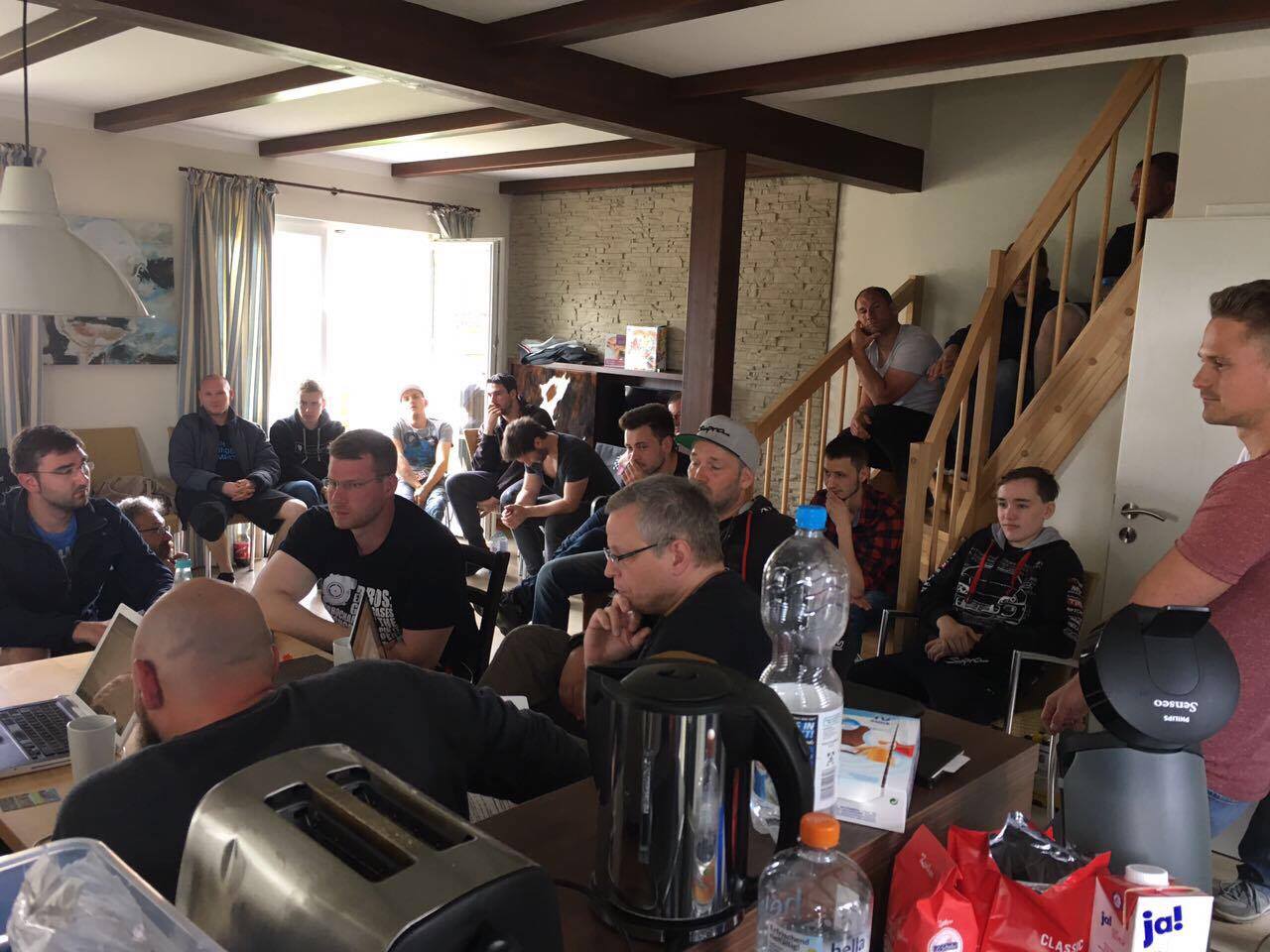 The perfect reward for the busy Saturday Morning was a beautiful tour we did through the Eifel Mountains Regions, bringing us to a Beer Garden at the pictoresque Rhine River. Aside of the parking area, which was a perfect possibility to discuss all Supra-related things and take a couple of snapshots, we did have a very nice all-you-can-eat style BBQ, which apparently was very welcome to every single person. 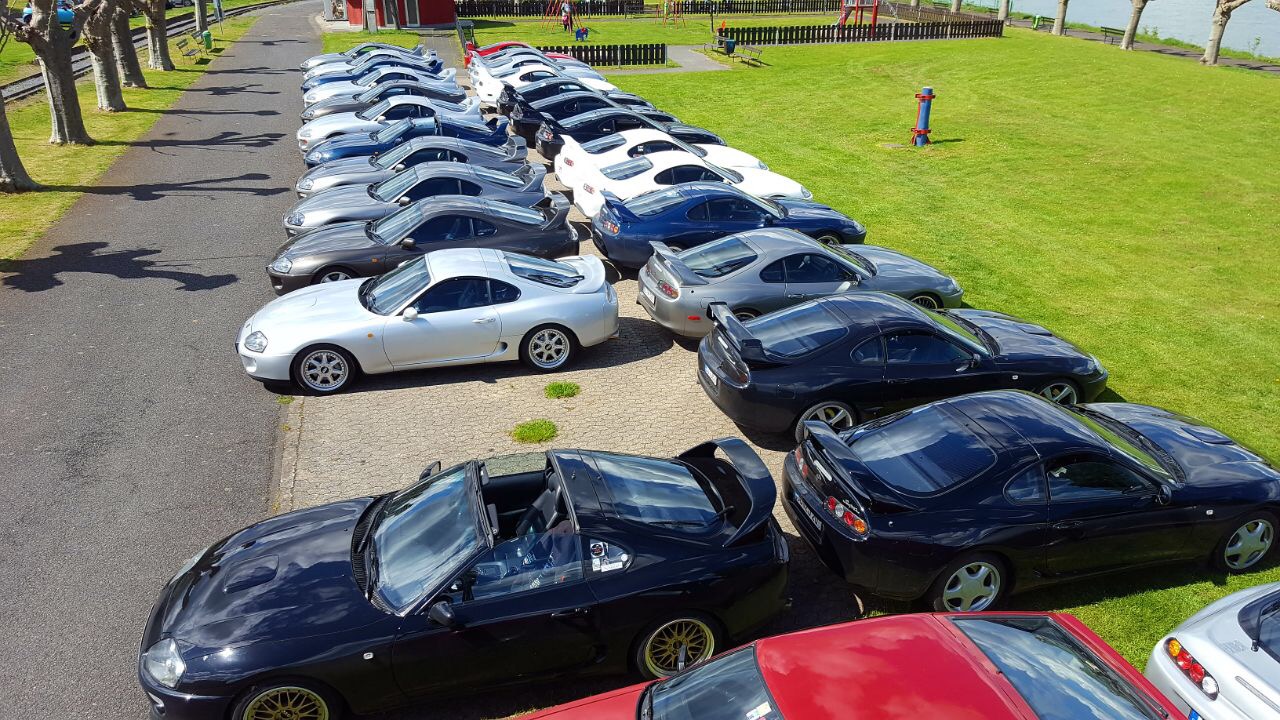 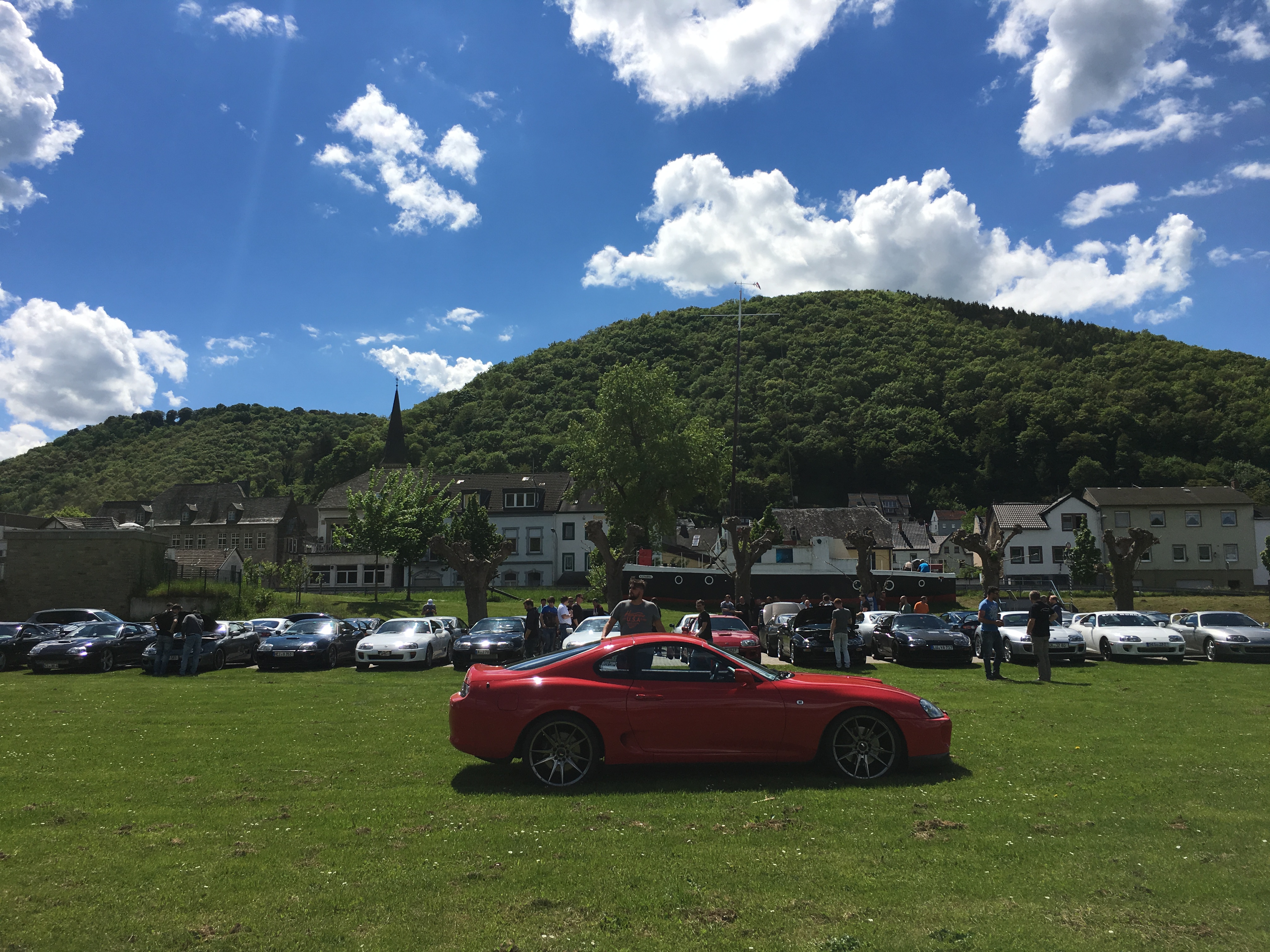 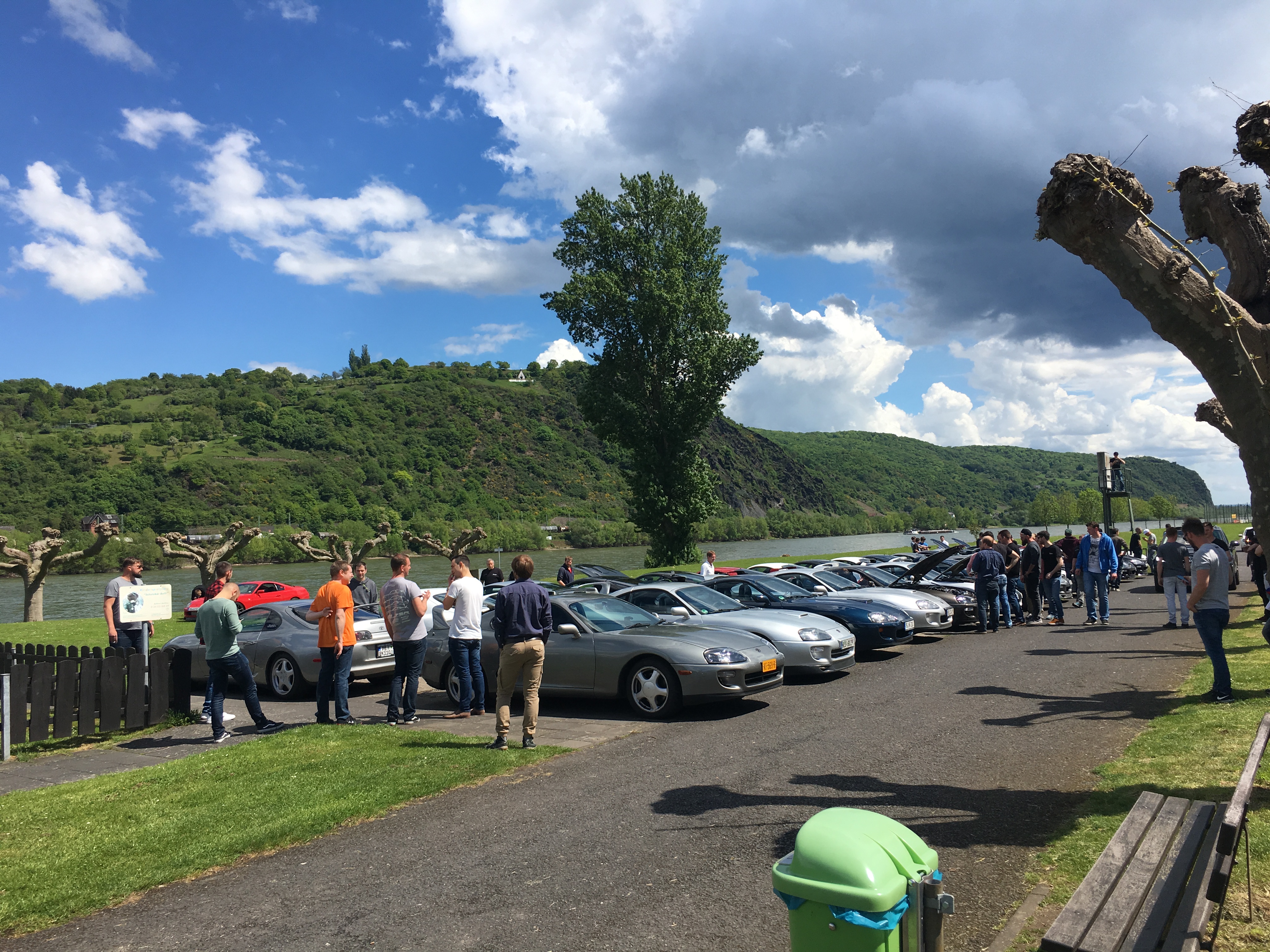 Also here some Dutch Supra brethren visited us with the Mark 3 and 4 Supras. We are really proud that Marco, Casper, Marte and Dave honored us with their attendance. It was awesome to see the same level of enthusiasm with our Dutch Neighbours. We were speaking in one language, the Supra-language, and the sympathies were huge. I can only say I am really hoping that these nice people will be a part of our meetings and in future even more people will attend with all Generations of Supras. 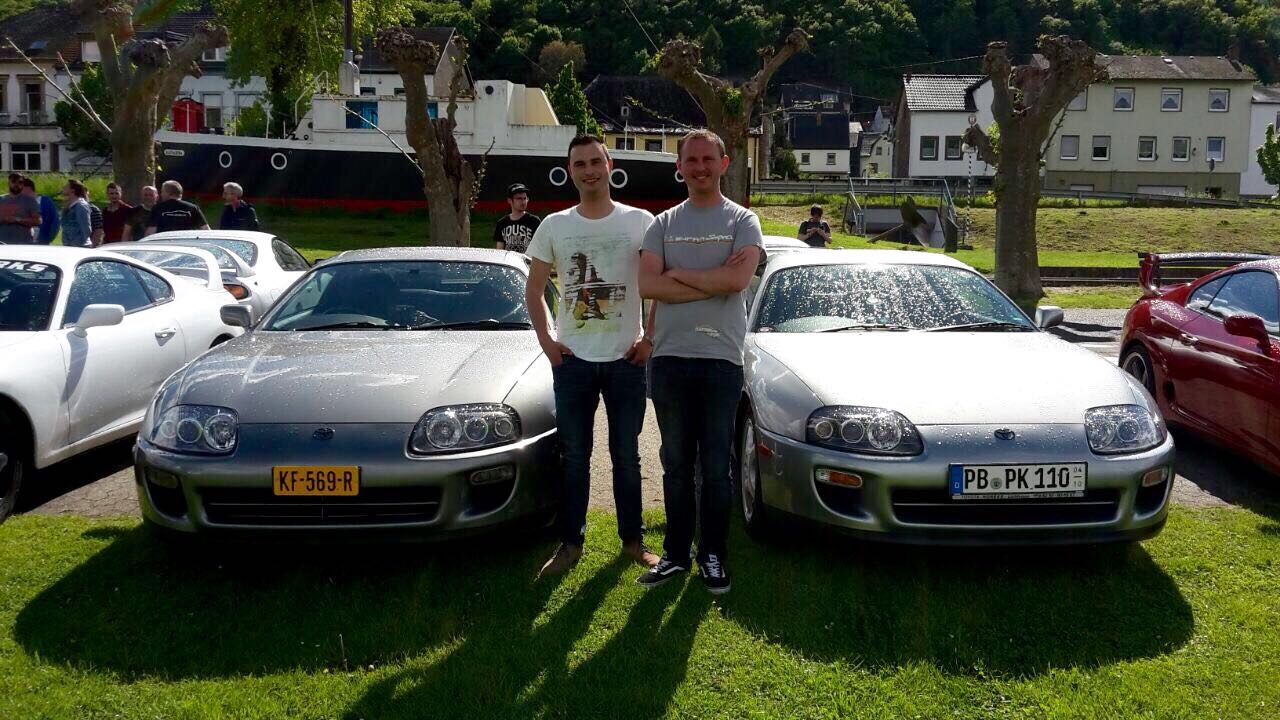 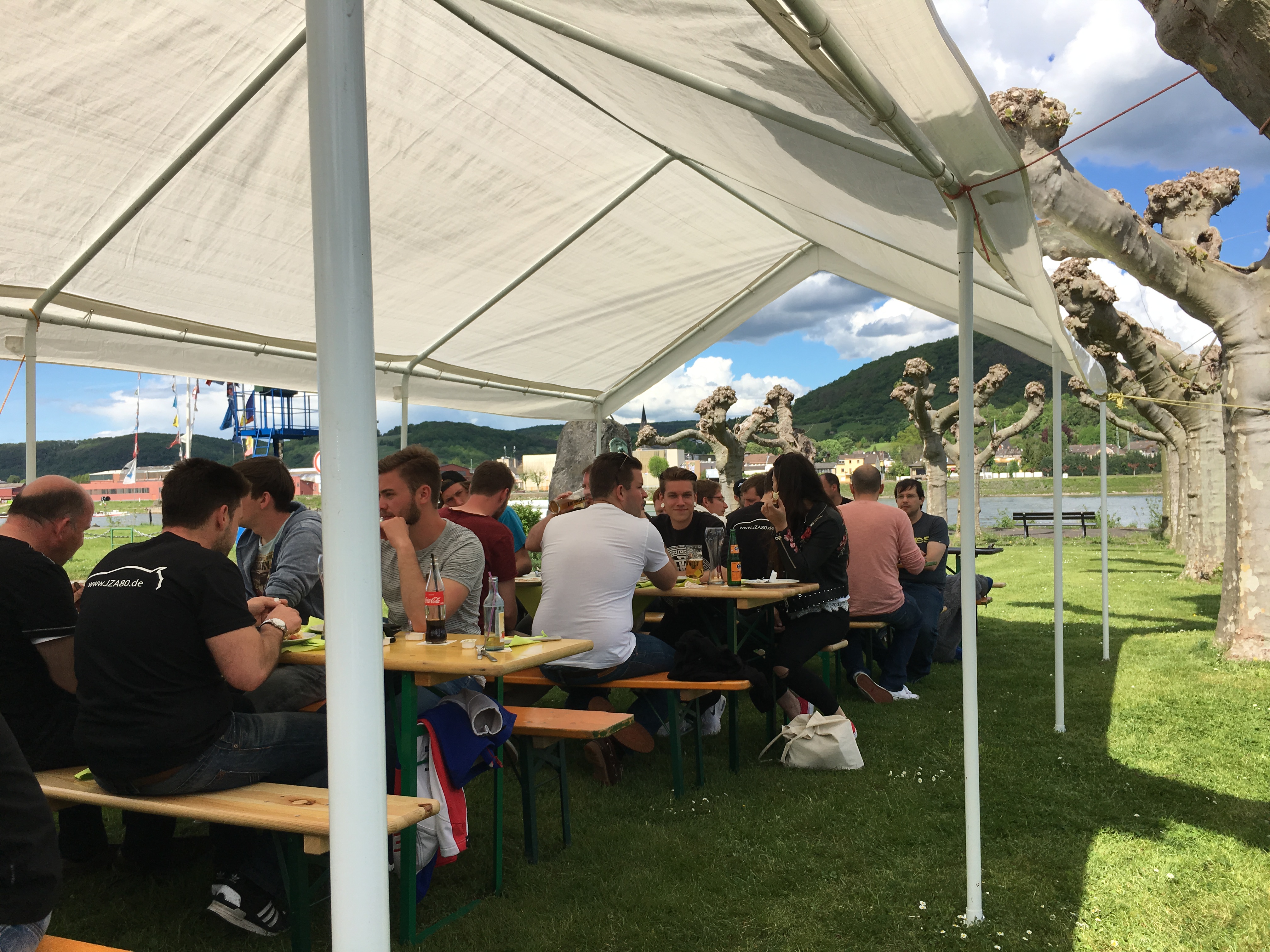 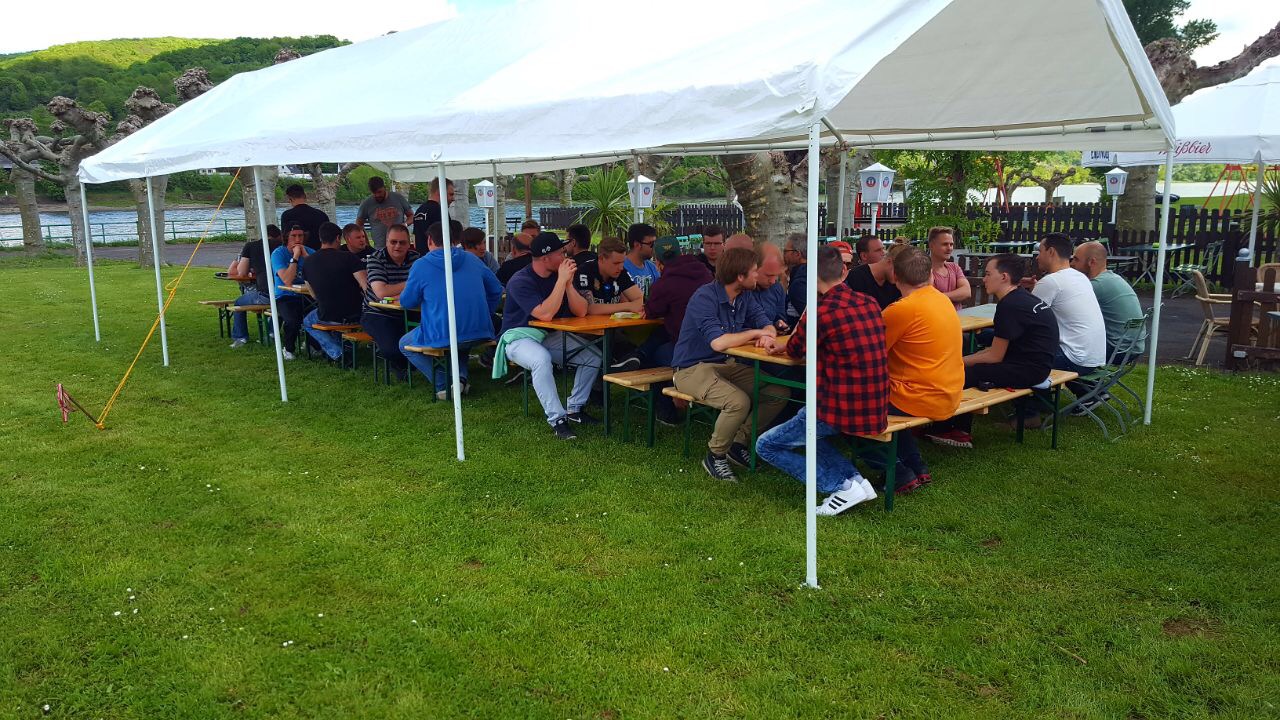 After the BBQ we did a very laid-back tour back to the Holiday Park, while others conquered the world famous “Nordschleife Touristenfahrten” and watched the Adenau Classics Race. 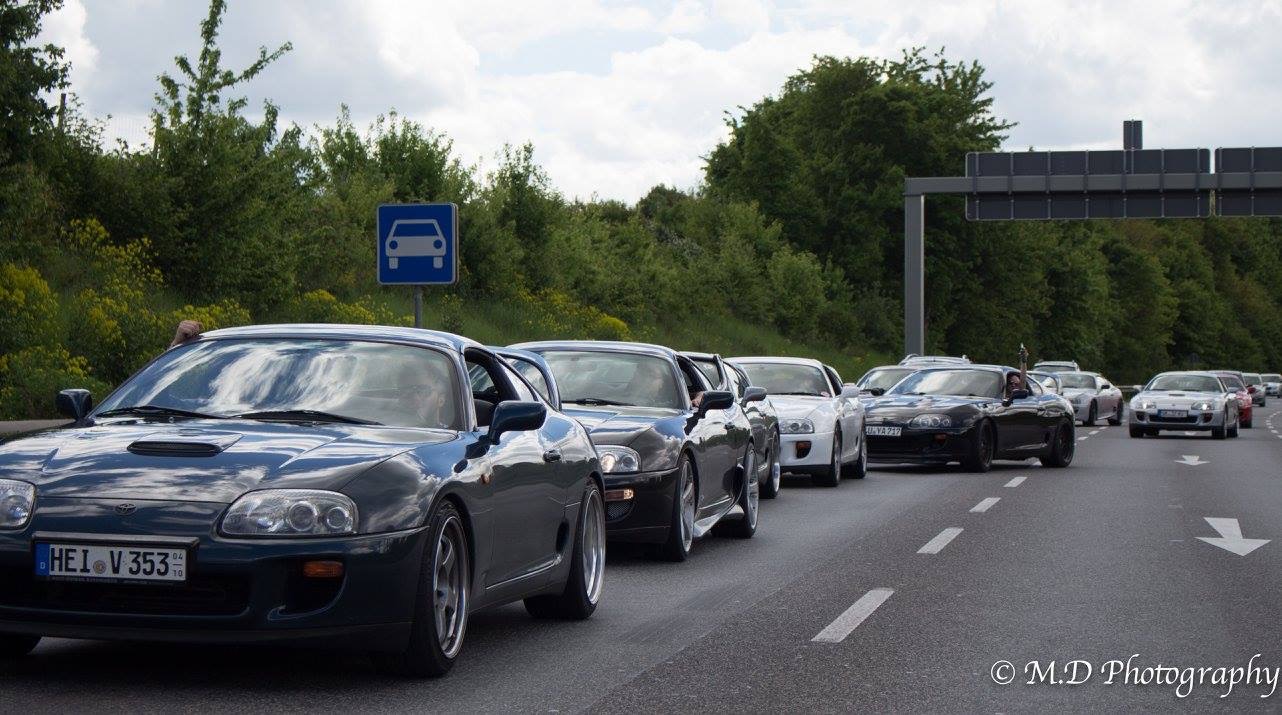 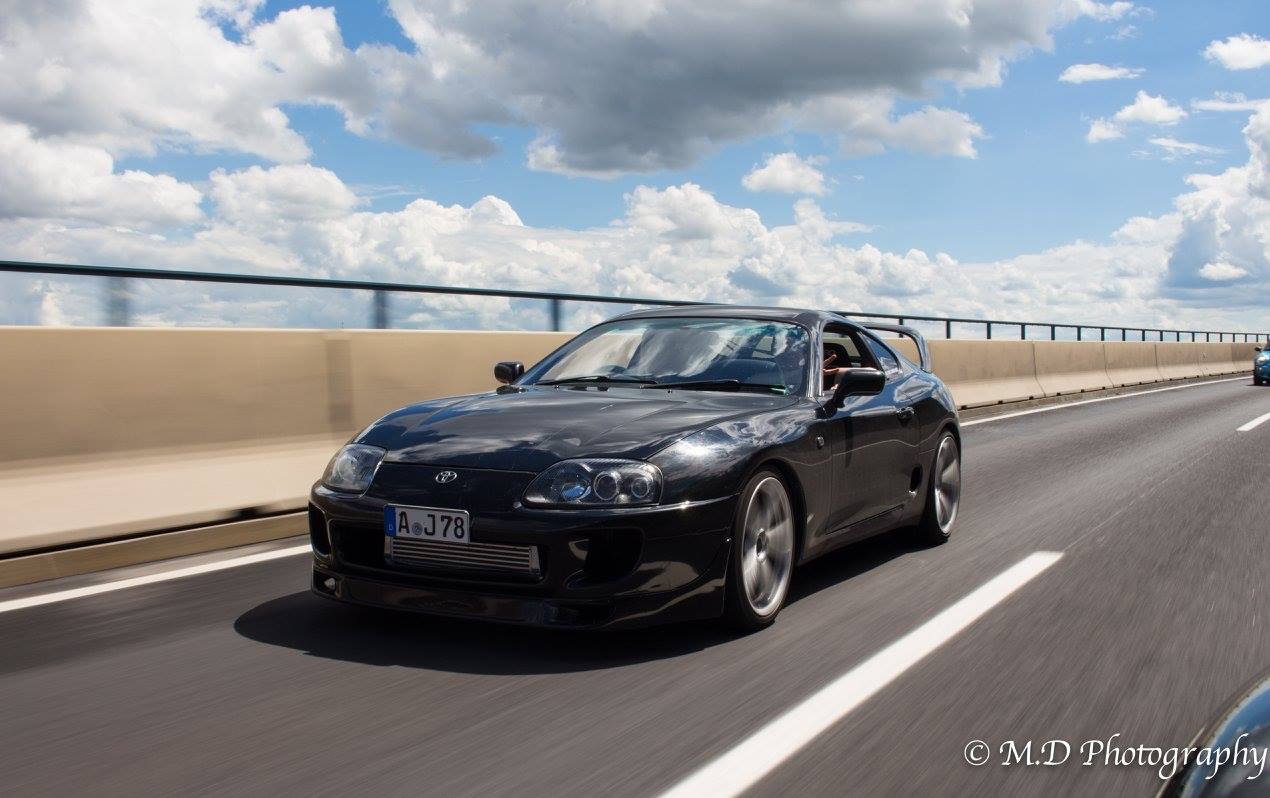 The relaxing effect of a short holiday


Despite all the fun, a weekend is very short and every single minute needs to be cherished. Thats the reason why we started very early on Sunday morning, in order to conquer the “Ring”. It has been a first time being on the track as a driver, since being Wolfi’s co-pilot in 2012. The ride is still very present to me, the respect I had for the track was huge therefore. The gate opened, and I had the world’s most famous 20km one-way toll road in front of me, with a lot of blind corners. An overwhelming experience, preserved for the future by a multitude of photographers around the track. 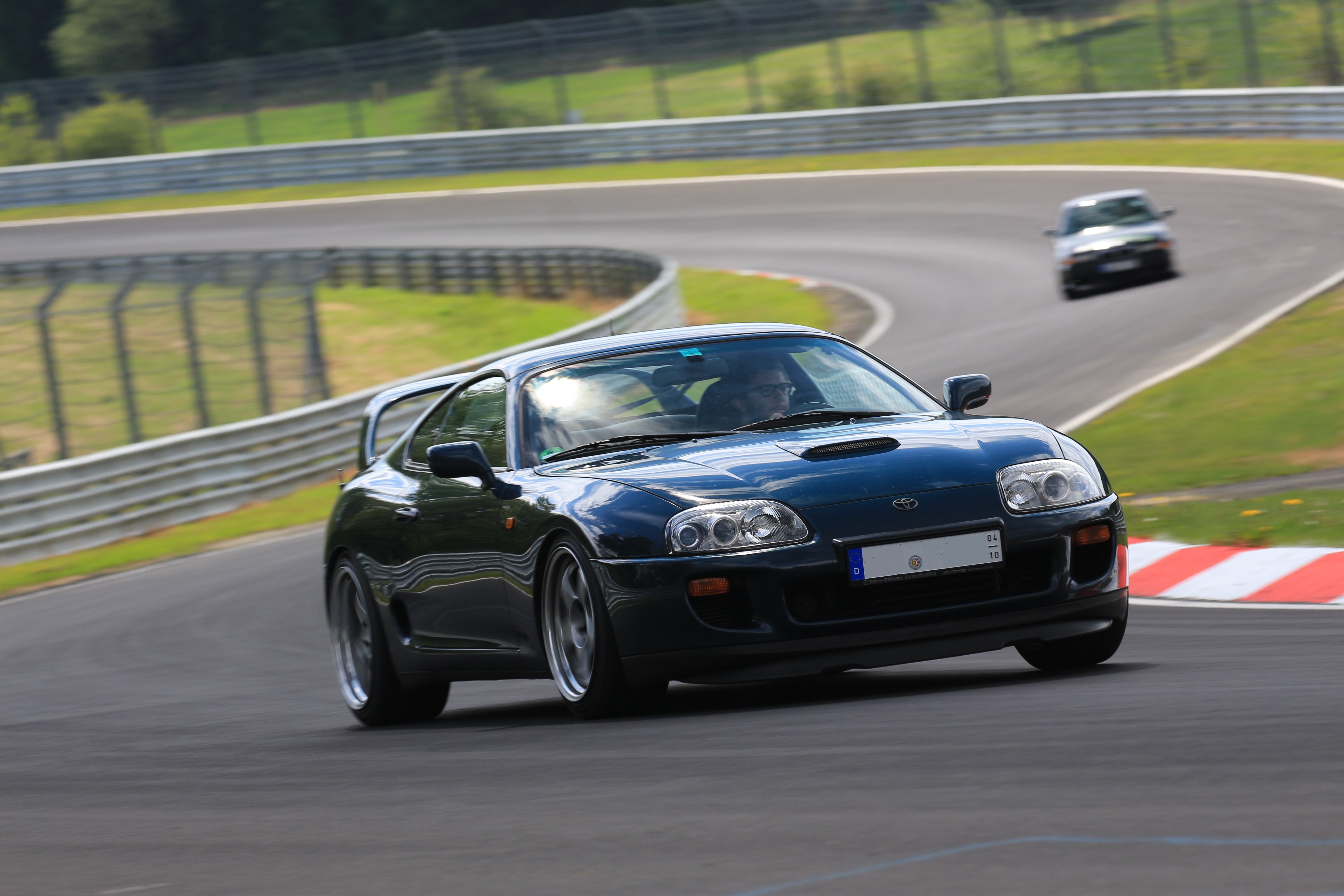 Luckily we left the racetrack only a couple of minutes before it started raining cats and dogs. The Eifel was flooded within a couple of minutes only. After a short visit at the “Brünnchen” everyone started their tour back. The weekend has been so immense,  I had the impression I could never ever find my way back into the normal world, coming from the perfect Supra-World. 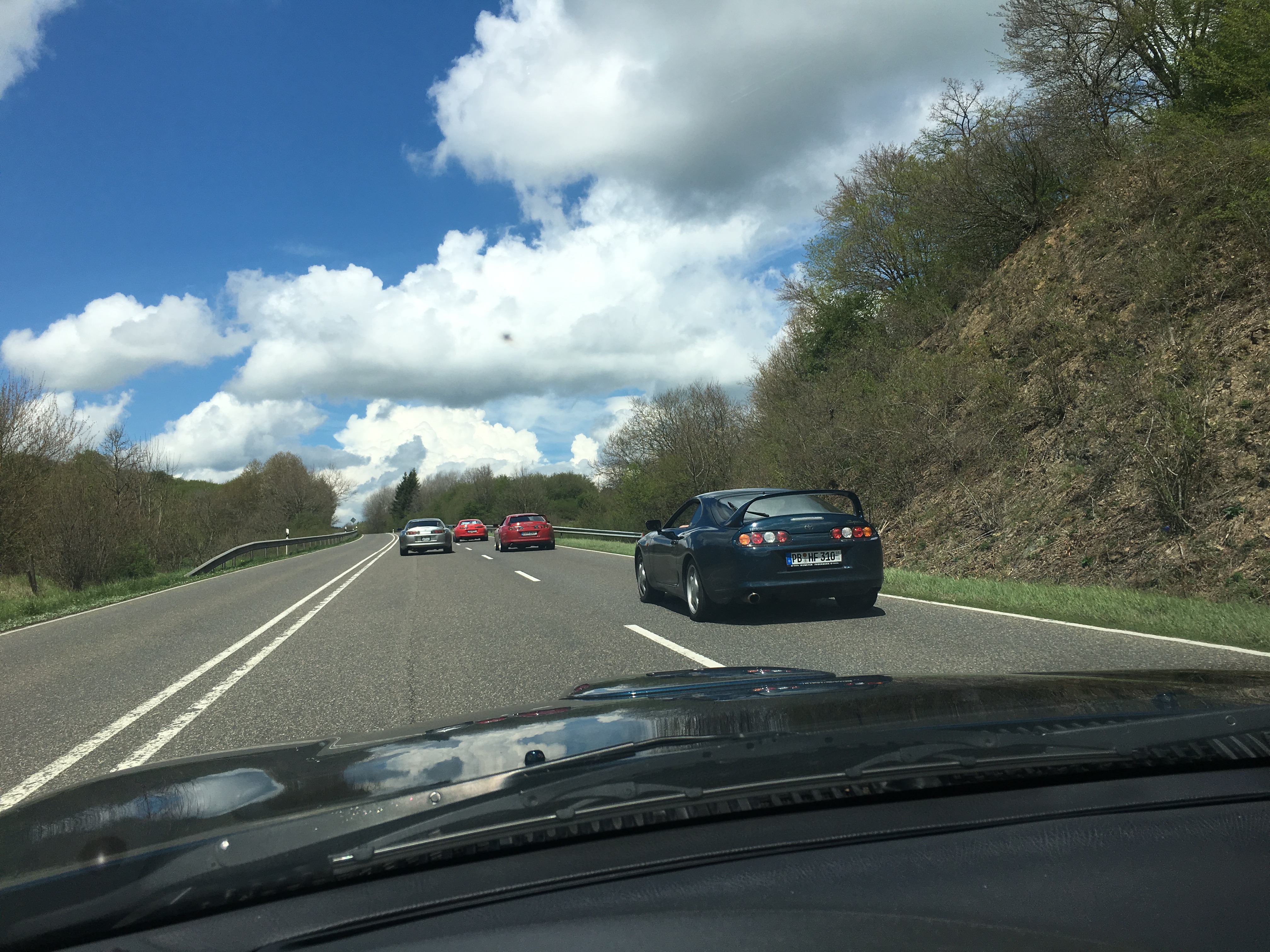 In the end, though being a very special meeting, one constant remained the same: This particular, short weekend has the same effect like a full short holiday, starting into Daily routine with your personal batteries recharged. I would like to thank all the people that made this weekend so memorable, everyone agress, this has been the best Supra meeting on German soil so far:

our guests from all around Europe

the Lindner Holiday Park Drees, for the awesome accomodation and the hospitality

all the photographers, who retained the weekend in pictures and videos

and last but not least, our organizers, Holger and Gian, for their unequaled efforts to organize this event

The Community has a lot of ideas how to enhance the experience even more in 2018 and we are working hard on their realization. Stay Tuned!

Supra MKIV Meet 2017 – Dragonball meets JZA80 Group
How to fulfill a Lifetime Dream – twice: Supras in Vegas 2017 (Part 1)
To Top
Do NOT follow this link or you will be banned from the site!