City of Saarbrücken, January 10th 2018. After a long period of planning the German MKIV Community was able to establish the first German government-registered Club only dedicated to “Toyota Supra JZA80” vehicles. The foundation has been carried out during the Supra Meet at the Nürburgring, May 14th, 2017. The name “German Supra MKIV Group e.V.” has been chosen with a purpose: For the last decade all Meetings of the German Scene have taken place under the Motto “German Supra MKIV Group Meeting”. And besides that we chose an English name, as we would like to create ties between Supra-Clubs worldwide, being recognized as the Source and Pivot for MKIV-Information in Germany. Since December 18th 2017 our club is officially listed in the German trade register: www.handelsregisterbekanntmachungen.de/skripte/hrb.php?rb_id=65133&land_abk=sl
Elected as our first executive is Mr. Martin Schmidt, our long time member “KingSchnitte”.

After last year’s meeting has been a huge success with 65 cars participating from 5 European countries, the German MKIV Group would like to create a European Network of Supra-dedicated Clubs. According to our statute we shall preserve and present the “Toyota Supra JZA80” as a piece of automotive heritage, as well as giving Drivers and Potential Buyers a plattform to share their experiences. On top of this, “German Supra MKIV Group e.V.” sees itself as the loudspeaker of the German scene towards the Press.

In future, www.jza80.de will continue to be the online plattform of the club. All domain name rights will be hand over the club. Every interested person, no matter whether member of the club or not, is very welcome to use our plattform as a base for exchange of knowledge and experiences. We are currently preparing a form for potential members, who would officially like to join our club. 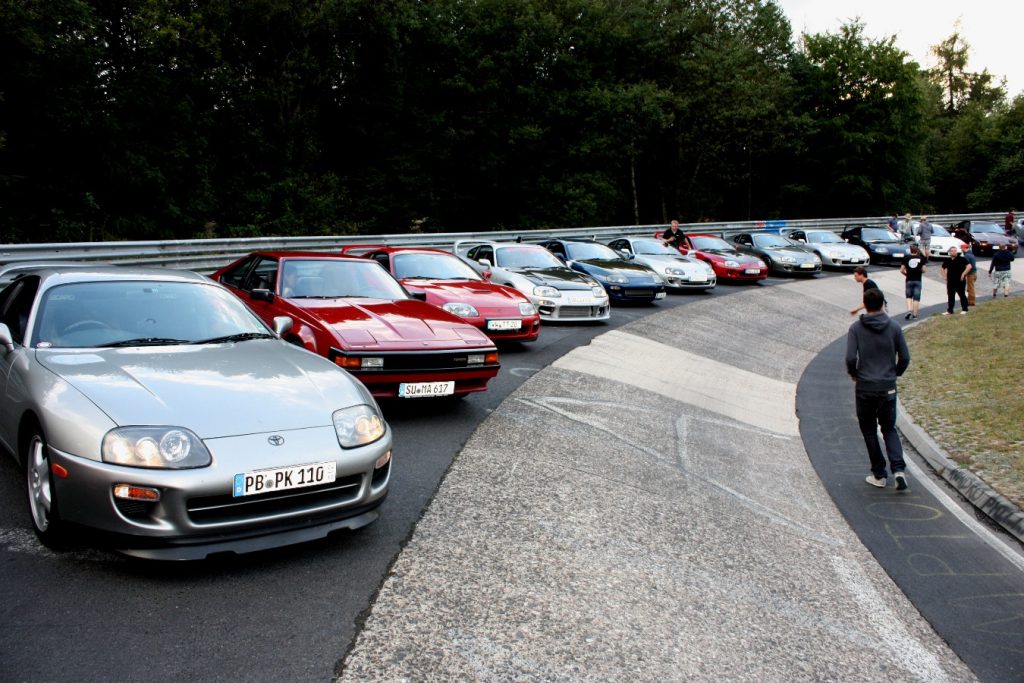 This Year is the 10th anniversary of the meetings held by the German Supra MKIV Group. Time for a short retrospective. Bitburg 2008 The first…